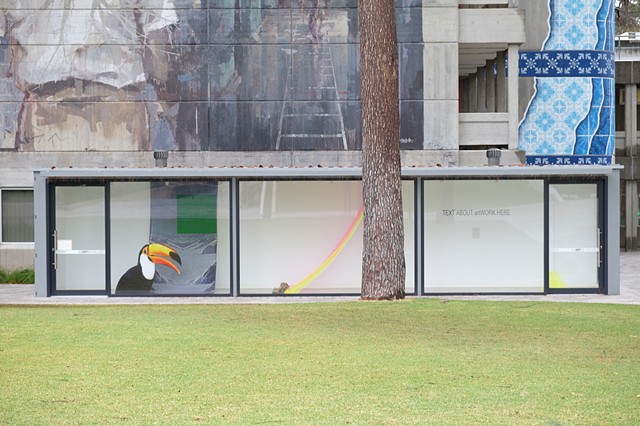 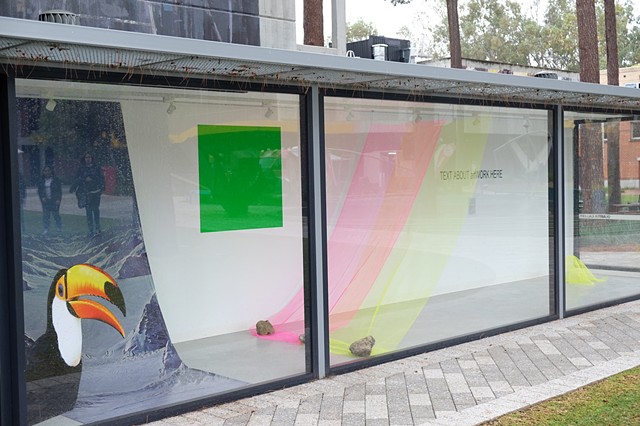 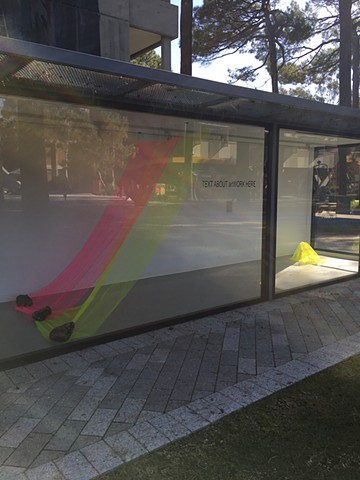 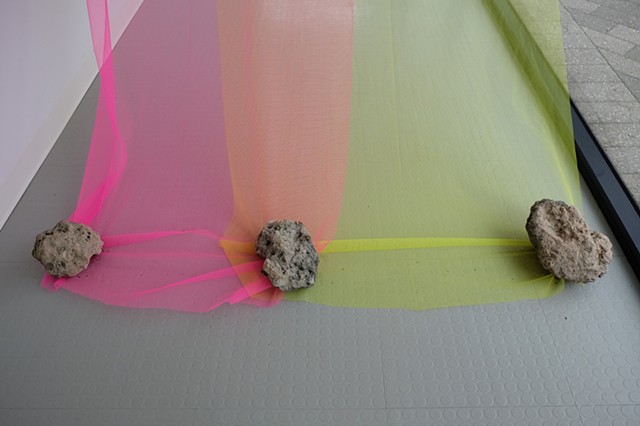 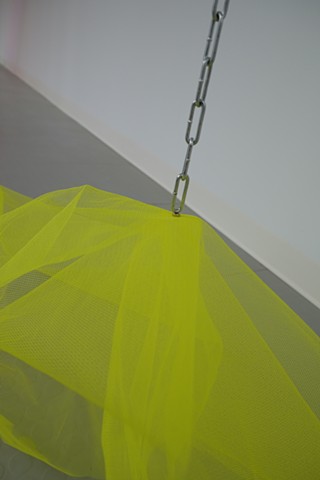 Speculative Nature / Spatial Nature (2018) refers to both artist’s- Alira Callaghan & Rob Kettels- practices, acknowledging the hypothetical narratives and site responsivity present in the artworks. In sharing the gallery this project generates an interesting juxtaposition between works independently developed that now have the challenge of coexisting. Within such a confined space unknowable relations will be generated, challenging both artists and viewers. Spatial Nature responds to the site formally and conceptually. To Halve a Quarter visually disrupts the space, dividing the gallery into two halves, one for each artist. The ‘screen’ covers the width of the container on a diagonal visually equal to the symbol “ / ” and is held in place with rare earth magnets and found rock. The fluoro screen further responds to the Quarter Gallery’s name and site by presenting colours in thirds, setting up the next logical equation in the sequence to be a quarter, creating a perpetually self referential loop. Untitled (yellow suspension1) is a material test involving rare earth magnets and chain link metal to suspend in a manner not dissimilar to bodily suspensions. TEXT ABOUT artWORK HERE plays with the idea of a potential lack of cohesion between the artist’s work and denies an explanation on the grounds that the disjointedness disrupts normative readings. Even if the text could provided explanation, the didactic panel is unreadable to viewers due to the distance posed by the gallery space being permanently locked.